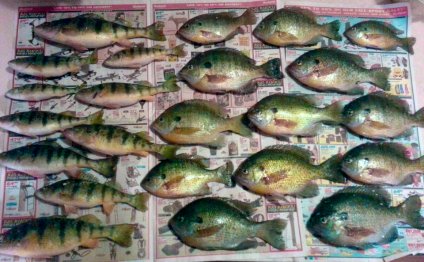 The quaint city of Huron, Ohio, makes a productive location for catching fish in Lake Erie, one of the five Great Lakes. The Huron Harbor West Pier (ohiodnr.com) gives you a chance to fish from a long jetty that parallels the shores of the Huron River before it empties into Lake Erie. If you get lucky, you may catch a few of the more than dozen species of fish that populate the waters near the pier.

The West Pier is located at the end of North Main Street in Huron. The pier consists of a jetty originally constructed to help keep the river's channel open for shipping. Today, the pier, which measures a bit more than a 1/2 mile in length, gives fishermen a place to fish without leaving land. The pier also appeals to bird-watchers and people out for a stroll. The southern section of the pier is wheelchair-accessible, while the northern part consists of large limestone blocks on which you can walk.

An additional area to enjoy fishing is located on the cement foundation surrounding the Huron Harbor Lighthouse (lilghthousefriends.com) at the end of the West Pier. When the 72-foot lighthouse was constructed in 1939, it became the first electricity-powered beacon on the lake. At first, the light was operated by remote control from a brick building located onshore. In 1972, the lighthouse was automated and is currently maintained by the United States Coast Guard.

Lake Erie boasts a reputation for its large walleye population. In the spring and again in late fall when the water starts to cool, the larger walleyes move closer to the shallow areas just offshore. The small- to medium-sized walleyes stay in shallower water most of the summer with the pier making a popular spot for catching the fish. Other species you may catch include rock, smallmouth and white bass that bite in the summer. Yellow perch fishing gets productive in April and May and again in late summer and into fall. Freshwater drum, sheephead, silver chub, steelhead and channel catfish also ply the waters near the pier.

Fishing off the pier at night often produces a good catch, especially in the fall and early winter when walleye often bite. Some anglers cast their lines along the west wall of the pier for night excursions, while other anglers catch fish at night after walking to the rock wall pier behind the confined disposal facility that faces Cedar Point.

Before casting your line, you must obtain an Ohio State fishing license from the Ohio Department of Natural Resources (ohiodnr.com). The license is available from sporting good stores in Huron, or you can purchase one online.

Deer Creek Lake (Madison, Fayette, Pickaway counties) – Saugeye is about the only game in town for anglers on Deer Creek… 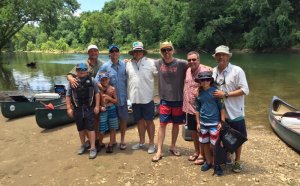